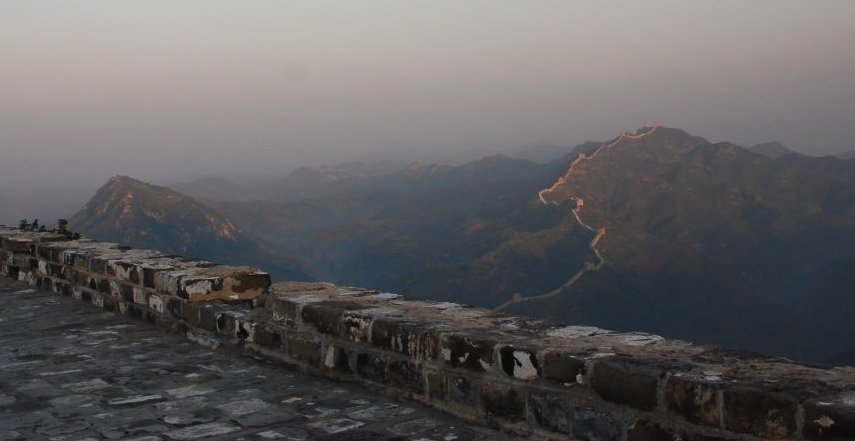 Currently my home network is pretty simple … at least for a computer scientist!

My ISP provided an all-in-one box with TV, landline and network router. The latter being very limited and with a crap WiFi access point (AP). So I’ve been using my old Asus RT-AC68U router as a gateway, a 24 ports switch and a Ubiquiti Unifi AP for providing WiFi in the complete house (and garden). The router and switch went into the basement whereas I’ve placed the AP roughly in the house centre. The ISP box could not be configured as bridge but supported to set a DMZ host, so I’ve configure the Asus router to be the DMZ.

Here is the basic setup:

So I’m using only 2 ports on my router (or more exactly network gateway), the WAN and one on the LAN. This router is the peace in my current network I want to change and I will explain why and how.

END_OF_DOCUMENT_TOKEN_TO_BE_REPLACED

What service do I want to run on my Home Server?

I do have a NAS already which has the following services: File Sharing (Samba, AFS and NFS), Media Streaming Server (DLNA), VPN Server, Cloud Sync Repository. So I do not intend to have redundant services on my Home Server. What is left?

My Home Server could support:

As one can see, I could use Linux or BSD based OS or a mixture. However, ZFS is so compelling that I am seriously considering to go for FreeBSD+jails and basta cosi! February will be the month where I try to set-up a FreeBSD server.

I am experimenting with different OS to find the right settings for my Home Server. I was interested by Fedora especially because there are several “Red Hat” technology which I would like to use on my server, namely: oVirt and virt-manager. Furthermore it sports a recent Linux Kernel (3.7 as of this writing) which could be beneficial if I choose Btrfs for the underlying file system.

However, testing the upgrade path from Fedora 17 to Fedora 18, I am not so thrilled by the robustness of this OS. I have managed after painfully hitting 3 different blocking bugs to recover from the upgrade and have a nice Fedora 18 up and running. But this gave me little trust in the Q&A of the community. It seems that it is not the first time such problems happen (see Fedora 11).

I am still willing to give a go to Fedora. But out of precaution, I am going to experiment first with Ubuntu (for which I had since 2006 only once an upgrade problem). I want to see the state of oVirt and virt-manager on this OS before I am making any choice.

Or maybe I forget entirely about Linux based OS, and I go for FreeBSD with several jails instead of using virtualisation. Though I would need to check the state of technologies like ownCloud, (n)IDS, etc. on this OS.

I have finally my Home Server built, it has its first storage hard drive and I upgraded the memory to something decent. Time to install the operating system.

I am not yet fully decided which operating system to implement on my Home Server, I would love ZFS as a file system for managing my storage, but I would still want to use Linux and not make the full switch to BSD. I decided to go for Fedora as the main OS, and install BSD in a virtual machine and see how this setup performs.

I had tried for a few month Fedora 17 in a virtual machine, I liked it, although I prefer the Debian package manager over yum, but this is really based on my own feelings and not on technical grounds.

So let’s go and install Fedora 18 (just released) on my server.

END_OF_DOCUMENT_TOKEN_TO_BE_REPLACED

Sadly ZFS on Linux is not at the same maturity level than on FreeBSD (or even Solaris). There is a FUSE implementation but it is now more than 16 month since anything happen there, and in my opinion not yet stable. Regarding native ZFS port, only one ZFS implementation for Linux is still developed by the Lawrence Livermore National Laboratory but it is still a release candidate version.
The state of ZFS on Linux is perhaps not too good today, but there is another file system in development and good support that could soon compete with ZFS, its name is btrfs (pronounce ‘butter-fs‘). Btrfs is still experimental
Yesterday, one of my virtual machines running Oracle Linux 6.3 got its root file system full, as it was configured with LVM it was not so much trouble but I wanted to try btrfs. I decided to move the /var to another partitions using btrfs. I have created a new hard disk in my VM and started it. Here is the rest of the story.

Warning: following these instructions might break your system. As an advice, create a virtual machine and experience with it before doing so on a real system.

END_OF_DOCUMENT_TOKEN_TO_BE_REPLACED

Today I stumble upon an article regarding SSH on Oracle’s blogs.

One interesting feature I did not know is the SSH escape character ‘~’. So many times I had to open another terminal just to do one command locally before returning to the SSH session. Now this is over, just type ~^Z (a tilde followed by Ctrl-Z). Example

This article is a follow-up of an earlier post about ZFS on FreeBSD. We have created a ZFS pool with one disk and put some data on it. Now we want to mirror the data to safeguard them from disk failure.

In my virtual machine I created a new disk of the same size than previous ZFS dedicated disk and fire-up the machine.

Creating a dataset with 2 internal copies for each file

But before I added the second disk, I decided to create a dataset (of the file system type) inside the pool I have created in previous article. The dataset will be configured to replicate internally the data for safety. This is an entirely optional step which I did just to experiment with ZFS.

The reader should notice that my pool had only 1 drive which means that each file in this dataset will appear twice on the same drive. If the drive fails, everything is lost. It just help if one version of the file gets corrupted, ZFS will detect it and use the (hopefully) uncorrupted copy to restore the file.

Dataset copies are in addition to any pool configuration such as mirroring or RAID-Z. In case of a stripped pool (the case if you use zpool add command), ZFS will try to use different disks in the pool for each copy, if it can! In case of mirrors (the case if you use zpool attach command) or RAID-Z, in addition to the pool duplication of data, ZFS will try to keep extra copies on different drives.

As the hard disk is exactly of the same size (same disk space and number of sectors) I can reuse the commands from the previous articles:

But now we are going to add the new disk to the existing pool in a mirror configuration. For this we use zpool attach:

As I don’t have much data on my pool, the resilvering was fast (see the scan message). In addition, one can see that the 2 disk partitions are now inside a mirror.

I really like ZFS, the command line interface is clean, it is easy to manage and it is powerful.

I have created a VM with 2 hard disks. Did a standard installation of FreeBSD on the first hard disk (ada0) and decided to play around with ZFS on the second hard disk.

First of all, I destroyed any existing partitions on the second disk (warning the next command is dangerous, it will destroy all the data on the hard disk):

I then went on to create a ZFS partition and pool. Note: I did not use the full disk size, in case I want to switch to RAID*. A prerequisite for ZFS in this case is that any newer disk should be at least the same size of the existing ones. This is not guaranteed by hard disk manufacturers that two 2TB hard disks have the same exact size.

The 2 last commands gave me the partition size and sector size (in bold). I use this information to leave a bit of space after the ZFS partition. In addition, it is recommended to try to align the partitions to the sectors correctly. When using a physical hard disk for which you know the real sector size (note: sometimes the hardware is lying to you, which is the case of the 4K 512e HDD!!) you can directly use the corresponding alignment (i.e. 512 or 4k), but when using virtual HDD either as files (e.g. vdi, qcow2, etc.) or partitions (e.g. an LVM logical volume), it is better to use a 1MB aligment (1m), so adapt the “-a” option in the following command.

Today, I will present Ajenti, a remote administration tool for Linux and FreeBSD.

This article is part of a series about remote administration of Linux-based server (actually some of the tool work on *BSD systems too). You can find all article pertaining to this series using the Tag remote-server-admin.

END_OF_DOCUMENT_TOKEN_TO_BE_REPLACED

Today, I will present Munin, a tool to monitor various health measurement of a system (essentially resources).

This article is part of a series about remote administration of Linux-based server (actually some of the tool work on *BSD systems too). You can find all article pertaining to this series using the Tag remote-server-admin.