This is the fourth blog post about my home network improvements series. I am sorry it is taking me so long to write all those posts, but each takes a lot of hours to write and I am balancing my life more towards family at the moment. I hope you can bear with me until the end.

In the previous post, we presented installed the OS and set up networking and routing.

We will now see how to add another very important feature the firewall.

So today’s post will present a simple but secure firewall installation.

As I have said in a previous article, I want to try out nftables instead of using iptables. But we will continue iterating on the previous post and use iptables instead one more time. I want to have a working router and then I can think of switching to nftables and solving integration with other tools.

We will use iptables command line to populate the firewall rules. As changing those rules from the command line is not persistent, a simple reboot will restore your OS in the previous configuration so if things do not workout or if we get locked out by a wrong rule, just reboot and restart to setup your firewall. Once we will be happy with the firewall, we will save the rule set and make it permanent.

For rules, we obviously do not want any traffic coming from the WAN to establish new connections inside our LAN or on our router. Only established connections should be allowed through, e.g. an HTTP response is allowed through the firewall so that we can browse the internet. We want some network services to still function, like ICMP or DNS messages to pass through the firewall. We do not want to filter the outgoing traffic for the moment, so everything from the LAN is allowed to reach the WAN.

I like to set default policies for the different iptables chains instead of relying on the last rule to do the policy for me. However, in order to avoid getting locked out, we will set those policies at the very end and always start by defining what is allowed. In order to define our firewall, we will work first with the main chains of the filter table (the default one). Mostly caring of incoming packets and IP forwarding rules.

END_OF_DOCUMENT_TOKEN_TO_BE_REPLACED 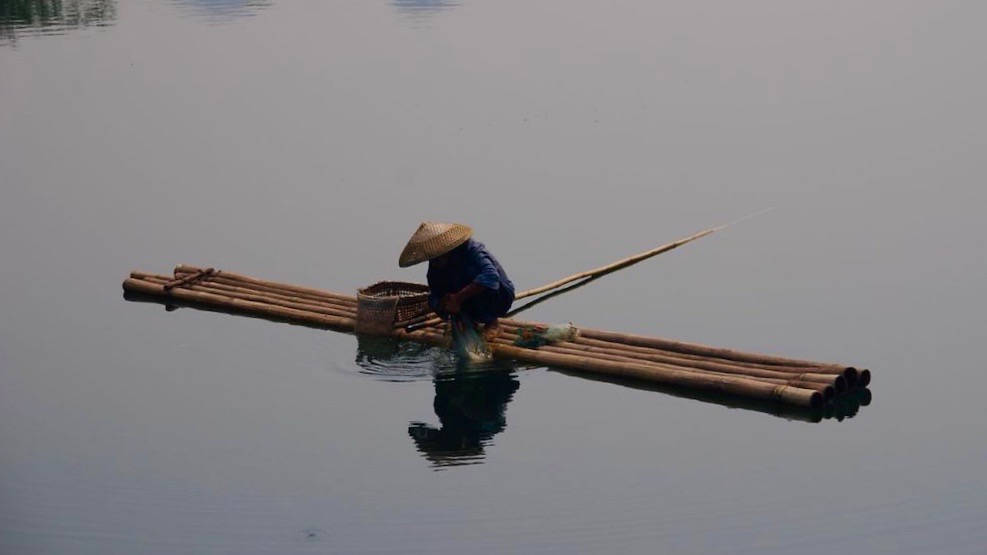 I had a good laugh

today at yet another phishing attempt.

The phisher behind this campaign must be philosophers or fans of Shakespeare. The phishing domain name used is – no kidding – goodorbad.email!

Bad luck also for our phisher, for once I was using Apple Mail on my wife’s laptop to check my daily email, and with a Retina screen the fake link was all blurry.

This is interesting because it is the first time I see an attack trying to obfuscate the link using an image. Frankly I do not see the advantages, it has the risk of being blurry on hidpi or retina displays, it has the risk that it won’t be displayed if the image is remote (in that case, the image is provided as attachment so it was autoloaded).

Anyway, the domain should have been probably goodorbad.phishing or simply bad.phishing!

Our computers are not really good at providing random numbers because they are quite deterministic (unless you count these pesky random bugs that make working on a computer so “enjoyable”). So we created different ways to generate pseudo-random numbers of various qualities depending on the use. For cryptography, it is paramount to have excellent random numbers, or an attacker could predict our next move!

Getting unpredictable is a difficult task, Linux tries to provide it by collecting environmental noise (e.g. disk seek time, mouse movement, etc.) in a first entropy pool which feeds a first Cryptographically Secure Pseudo-Random Number Generator (CSPRNG) which then output “sanitised” random numbers to different pools, one for each of the kernel output random device: /dev/random and /dev/urandom.

Our goal is to help our Raspberry Pi to have more entropy, so we will provide it with a new entropy collector based on its on-board hardware random number generator (HW RNG).

I have already presented quickly why you need entropy (and good one), and also a quick way of having more source for the Linux kernel entropy pool for the Raspberry Pi using Raspbian “Wheezy” or for any computer having a TPM chip on board.

This article is an update for all of you who upgraded their Raspbian to Jessie (Debian 8). The new system uses SystemD for the init process rather than Upstart for previous release.

The Raspberry Pi has an integrated hardware random number generator (HW RNG) which Linux can use to feed its entropy pool. The implication of using such HW RNG is debatable and I will discuss it in a coming article. But here is how to activate it.

It is still possible to load the kernel module using $ sudo modprobe bcm2708-rng. But I know recommend using the Raspberry Pi boot configuration, as it is more future proof: if there is a newer module for the BCM2709 in the Raspberry Pi 2 (or any newer model), using Raspberry Pi Device Tree (DT) overlays should always work. DT are a mean to set-up your Raspberry Pi for certain tasks by selecting automatically the right modules (or drivers) to load. It is possible to activate the HW RNG using this methods.
Actually, we do not need to load any DT overlays, but only to set the random parameter to ‘on‘. You can achieve this by editing the file /boot/config.txt, find the line starting with ‘dtparam=(...)‘ or add a new one starting with it. The value of dtparam is a comma separated list of parameters and value (e.g random=on,audio=on), see part 3 of the Raspberry Pi documentation for further info. So at least, you should have:

With this method, you have to reboot so that the bootloader can pick-up automatically the right module for you.

Now install the rng-tools (the service should be automatically activated and started, default configuration is fine, but you can tweak/amend it in /etc/default/rng-tools), and set it to be enable at next boot:

After awhile you can check the level of entropy in your pool and some stats on the rng-tools service:

Web browsers have had since ages a small lock to tell their users when they were securely connected to a web server.

Apps, especially those for mobiles, do not expose this information. It is very difficult to know if they use proper encryption, or that they even check the validity of the encryption certificates (when using methods such as SSL or TLS). Without such encryption, user credentials (login and password) and the exchanged personal data can easily be snooped.

App makers should mandatorily use encryption for communication. And they should use certificates to make sure they connect to the expected server. And they should expose that to the user interface!

Yesterday I stumble upon a journalist opinion who think that current Yahoo! CEO, Marissa Mayer, is just a twerp when it comes to mobile security. I do not think we should qualify someone, even the CEO of an internet company like Yahoo!, of a twerp just because one does not use a pass-lock for its mobile phone.

Why mobile phone security is important?

It is certainly about money, one could use your phone/data connection, but you can easily/quickly close this gap (e.g. using Apple’s Find my iPhone, or some Android equivalents). The other thing that has value is the personal data within the phone. But this has value either in the numbers (smart phone data from thousands of users stolen could interest spammers and hoaxers, for sure) – but unlikely with one phone theft – or because you are a high-profile person or you want to use those data against its rightful owner (blackmail, defamation, etc.).

So yes, security is important for a mobile device.

But the usability and efficiency of the security features on mobile is awful! It gets into the way of quickly grabbing the phone and performing an action (urgent call, photo, etc.).

Which is why I understand that people do not want to use a pass-code or similar mechanism to access their phone. Most are cumbersome, they get in the way of easily/readily use the phone (that’s why I still carry a camera when I want to take pictures!). And their relative security is dubious. The PIN1 or gesture authentication mechanism can sometimes – and with the right tool – be read from the finger traces on the phone and/or could be brute force (I am convinced there are ways to do that automated).

Since a few weeks I have a smart phone. It is not a too old one, neither a brand new one, but it is a good smart phone. I got a Samsung Galaxy S (1st generation). I have tried several pass-lock, there is the ubiquitous 4 digits PIN, the swipe gesture, a password, a simple lock and nothing. Clearly, the two last options are the one usable! Out of the pseudo secure ones, only the PIN code seemed not too difficult to use. This is a great disappointment. I do not trust my phone to protect my data to the same extent I trust my computer. And the worst, it seems that making this better is not on the agenda of most manufacturers/mobile OS providers, unless you count the attempt by Apple to improve at least the usability side with the fingerprinting.