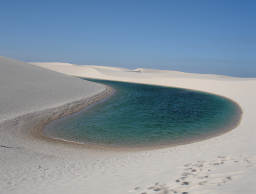 A headless server by definition has no input devices such as a keyboard or a mouse which provides a great deal of external randomness to the system. Thus, on such a server, even if using rotational hard disks, it can be difficult to avoid the depletion of the Linux kernel’s random entropy pool. A simplified view of this situation is if the entropy pool is deemed too low, one of the “dices” which generates random numbers is getting biased.  This is can be even more exacerbate on server hosted in virtual machines, but this article won’t help you in this case.

Update 2015-08-24: the article was updated to provide some more information on TPM and commands adapted to the new systemd-based Ubuntu 15.04 and newer. When marked, use either the classic commands from Ubuntu 14.04 LTS and older or the newer ones.

The level of the kernel entropy pool can be checked with the following command:

What means a depleted entropy pool? It means that any call to /dev/random would be blocking until enough entropy is available. A blocking call is not usually wished, it means the application could be considered frozen until the call is freed. On the other side, calls to /dev/urandom would not be blocking in such situation, but there is a higher risk that the randomness quality of the output decreases. Such a higher risk could mean giving a higher chance for an attacker to predict your next dice roll. This could be exploitable or not and it is hard to tell, at least for me. Therefore, I tend to try avoiding having a depleted entropy pool especially for certain workload.

There are several mechanism to provide randomness sources to the entropy pool. The haveged daemon uses some CPU clock timers variation to achieve that, but it is highly dependant of the CPU being used. Other approaches are using sound cards, etc. And finally there are hardware random number generators (RNG). In my previous article, I talked briefly about the hardware RNG from the Raspberry Pi. In this article, I will present another hardware RNG which is available in many computers and servers: Trusted Platform Module (TPM).

TPM is a standard for a kind of cryptographic dedicated hardware (a chip) which support many services for enhance computer security, such as a secure store for keys. In my opinion, it is an interesting technology but there is at least a huge problem of trust. Linux supports for TPM dates back to Kernel 2.6.12 at least (10 years ago). However, according to this Linux Weekly News (LWN) article about random numbers on Linux, before Kernel 3.7 is the TPM device was used as a source of randomness then it could not be used for other purposes (e.g. storing the LUKS encryption keys). Since Kernel 3.7 it is possible to use the TPM device as a source of randomness and still have this device available for other tasks.

I found the name somewhat marketing, and I’m not even sure we should trust it that much. But we will activate it only to provide a new source of entropy and nothing more. I would advise to use other source of entropy as well. Anyway, if interested the following paragraphs are describing how to achieve this, and if you decide to implement them, be reminded that I give no warranty that it will work for you nor that it won’t break things. I can only guarantee you that it worked on my machine running Ubuntu 14.04.2 LTS.

Let’s install the necessary tools and deactivate the main services (the tools launch a daemon which we don’t want to use as we will use rngd to get and verify the randomness of the TPM RNG before feeding the entropy pool).

Then, you will need to go into the BIOS/EFI settings of your computer/server and activate TPM, and possibly clear the ownership of the TPM if it happened to be owned by someone else. Of course, don’t do that if it is not your computer.

I found out that my particular BIOS option only allow clearing from the BIOS settings. Trying to do so from the OS results in the following:

I also found out that my particular BIOS when clearing the ownership, deletes also the Endorsement Key (EK). When I was trying to take ownership of the TPM device (see further) I was getting the following error:

So I had to do an extra step, to generate a new EK:

After having creating a new EK, I was able to successfully take ownership of the TPM device.

Once all this is done, we are ready to load the TPM RNG kernel module and launch the user space tool that will use this source to feed the Linux kernel entropy pool. The user space tool are the rng-tools suite (with the rngd daemon).

Load the kernel module (to load it permanently add tpm_rng as a new line to /etc/modules):

And then install the user space tool.

The default configuration should be good enough. But you can check it by editing the file /etc/default/rng-tools. The default settings for rngd are to not fill more than half of the pool. I don’t advise to set it to higher, unless you really trust blindly those TPM chips. If you have installed the tool, it should already be running but if you modified the default settings then a restart is necessary.

Now you can check again the available entropy with the command that I gave at the beginning of this post.